Most advertising lacks a critical element, an idea.

Tell designers to “bring us your wild ideas” was the brief. Taylor adopted the theme of Mission Impossible and featured some of the most unusual interiors from designers such as Bannenberg & Rowell, Ken Freivokh, and Remi Tessier.

Result: An increase in wild ideas from designers – positioning the shipyard as being designer friendly. 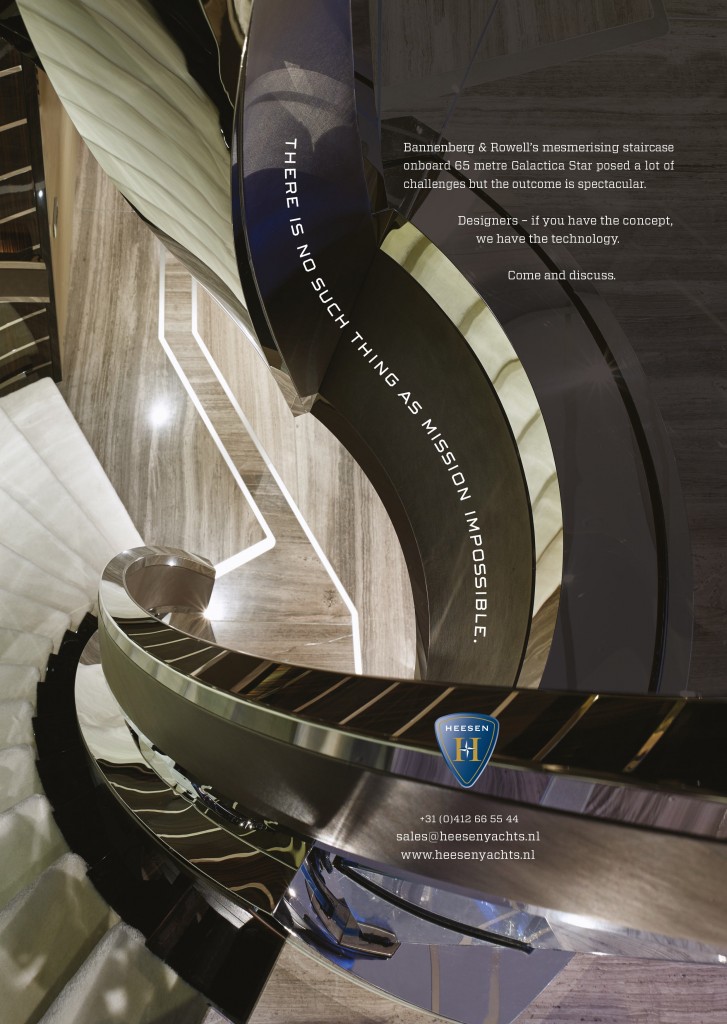 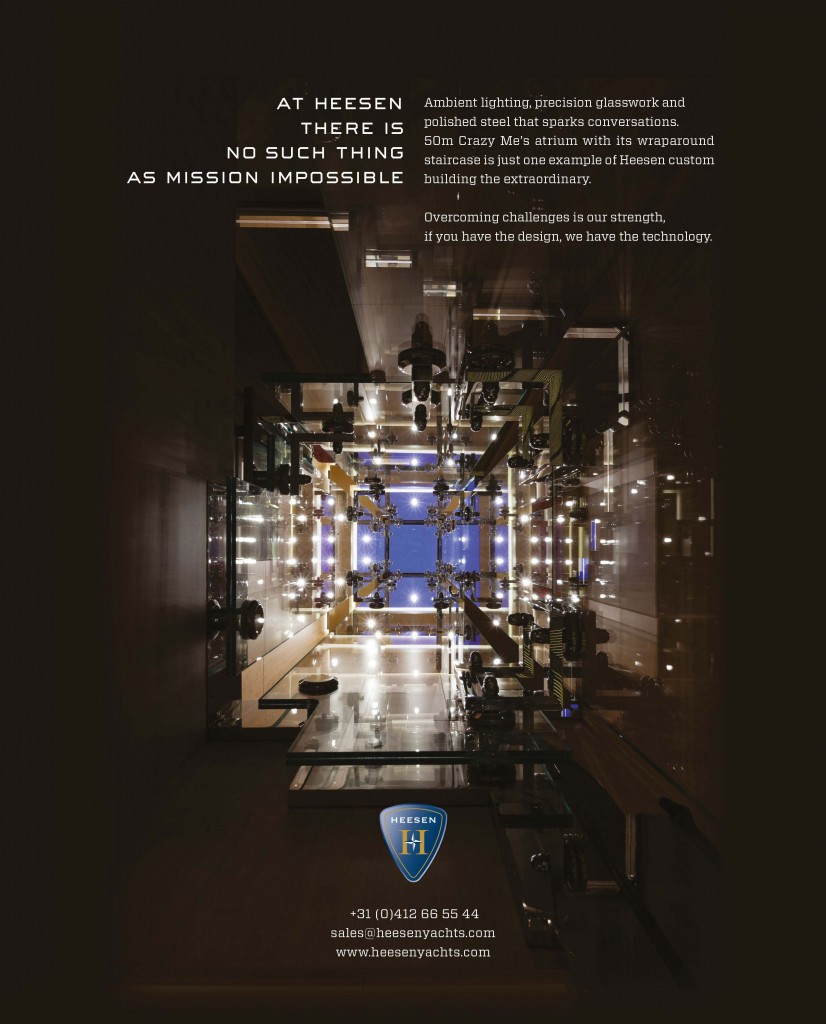 Crazy Me was built for an Owner with ‘crazy’ ideas – someone who revelled in doing things differently. Using photography that exploited the yacht’s extreme styling demonstrated Heesen’s custom building capability. How you want it, is how they build it.

Result: One of a series of advertisements that shifted the perception of Heesen from being a specialist niche builder to one of the world’s leading shipyards. 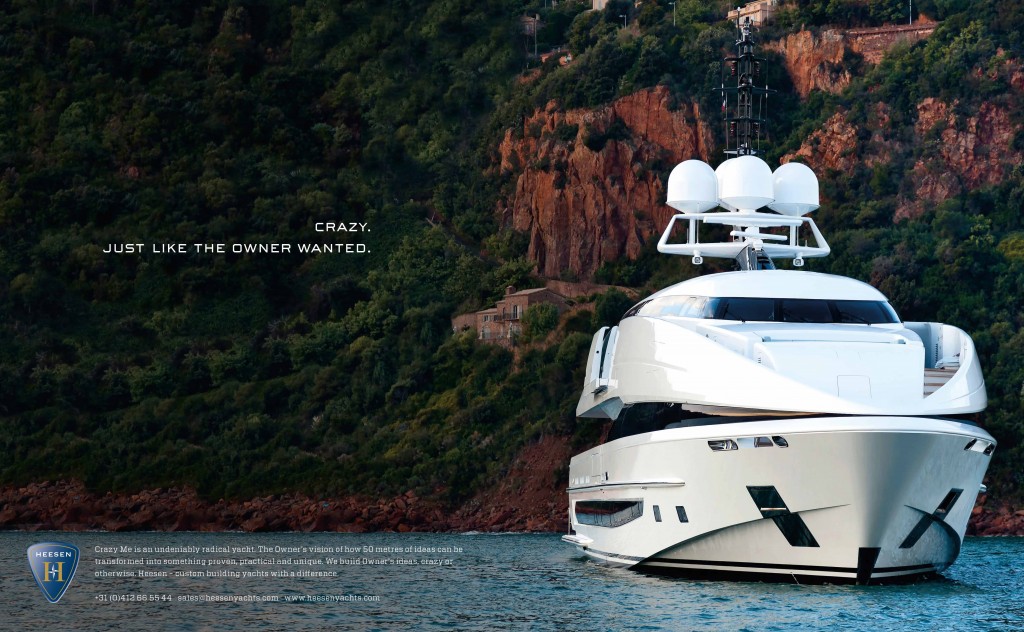 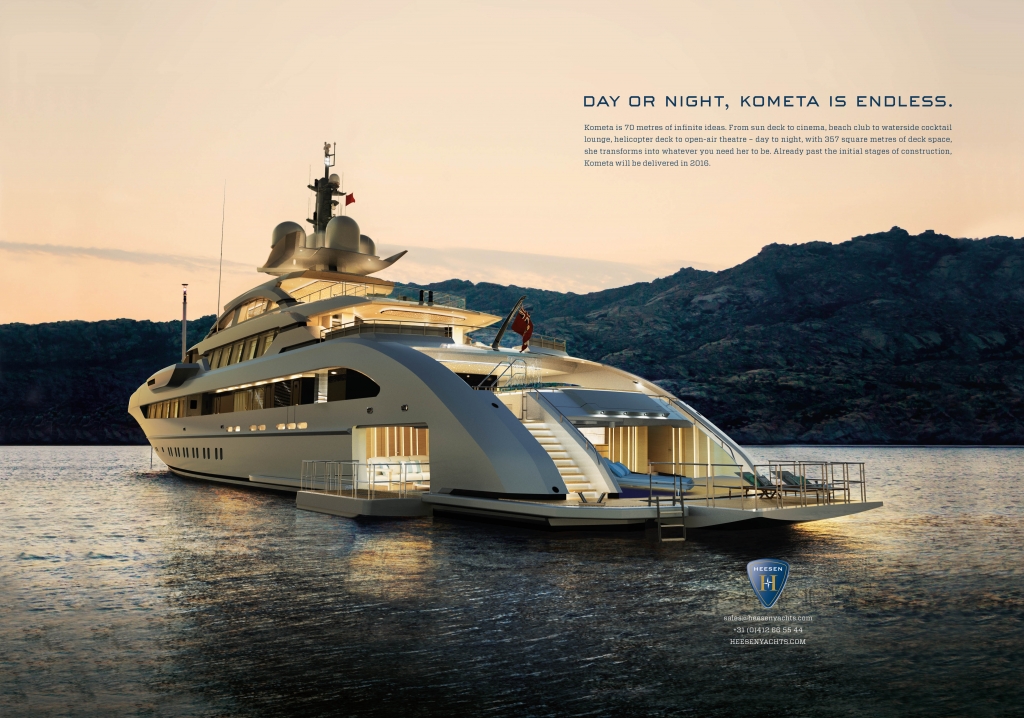 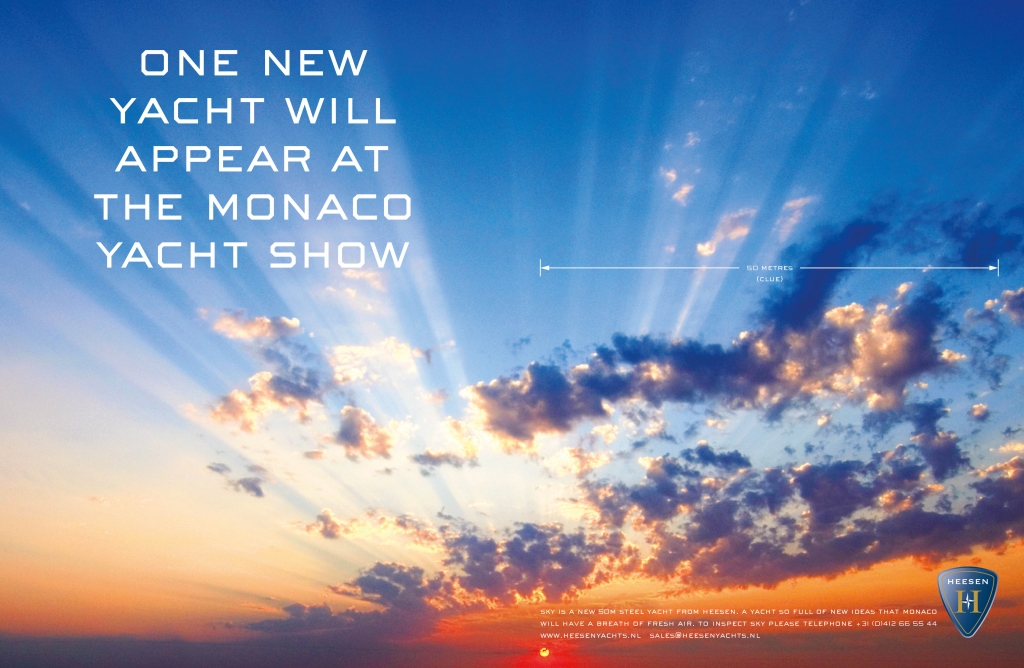